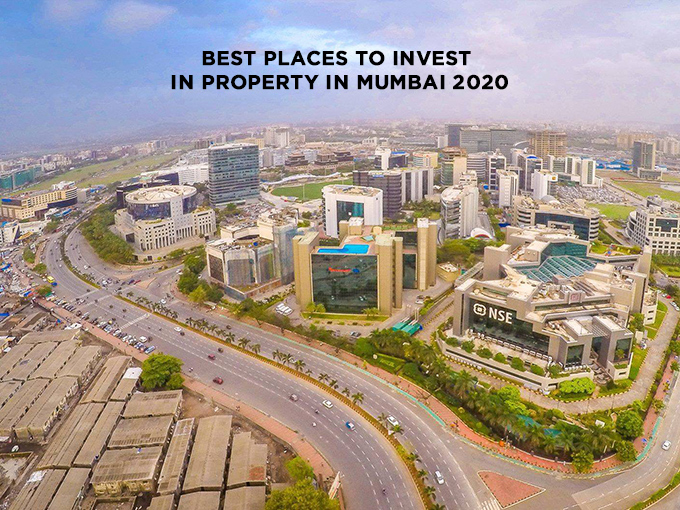 The best places to invest in property in Mumbai 2020

Mumbai is one of the most expensive cities to live in as far as real estate is concerned. So, as prices keep soaring higher and higher it keeps getting difficult for the middle class to invest in the financial capital-Mumbai. One needs to make well-informed decisions when it comes to investing their hard-earned money. Here are a few places which have been listed as some of the best to invest in Mumbai 2020.

Lately, real estate developers have been attracted to BKC as it has become one of the most sought after destinations to invest in. BKC has been promoted by the government as a finance centre for quite some time. It is in close proximity to the airport and is strategically well connected to the rest of the city. Residential property projects in BKC such as Kanakia Paris have utilized every inch to create an exceptional living experience. This theme-based project gives you an experience of Paris in Mumbai.

Andheri is another well-developed locality in Mumbai, owing to its immense industrialization and its proximity to areas like Jogeshwari East and West, Goregaon East and West, Malad Creek and BMC Road. It houses some of the best residential apartments and educational institutions. It is well connected to prime highways, namely the Jogeshwari-Vikhroli Link Road (JVLR) and NH8. Employment hubs in Andheri include Bandra-Kurla Complex (BKC) and SEEPZ (Santacruz Electronic and Export Promotion Zone) which is the hub of renowned multi-national companies. Kanakia group has some of its best projects namely Kanakia Rainforest and Kanakia Sevens in Andheri East.

Kanjurmarg is located in the suburbs of East Central Mumbai. It has developed as a business sector for IIT Bombay, KV Powai, NITIE, Hiranandani Gardens and other locations in Powai. Kanjurmarg also serves as the starting point for the Jogeshwari-Vikhroli Link Road, popularly known as JVLR and it connects the Eastern and Western Express Highways. Due to well-planned connectivity, investment in this area will always be profitable. Kanakia Zen World, near Kanjurmarg station, is a project one should definitely consider.

Powai is bordered by LBS Marg in the North-East, Sanjay Gandhi National Park in the North, hills of Vikhroli Park site in the South-East and Chandivali in the South-West. It houses some of the major multi-national companies’ offices as well as India’s premier institute The Indian Institute of Technology (IIT). There are many hotels, schools, banks and hospitals which are connected via an excellent network of railways and roadways. The locality has witnessed an increase in population in recent years because of its proximity to various employment hubs. Kanakia Group’s Future City is one of the major projects in Powai that has garnered a lot of attention from the all over Mumbai.

Thane has great connectivity to the suburbs of Mumbai via Ghodbunder Road, the Jogeshwari-Vikhroli Link Road (JVLR), the Santacruz-Chembur Link Road (SCLR) and the Eastern Freeway, the National highway, the Mumbai-Nashik highway and Thane-Belapur road. The educational institutions in Thane are well developed and include a number of engineering, medical and professional colleges. There are several IT parks which have acted as a catalyst in the growth of Thane. It is a fast-rising and progressing city in Mumbai and offers a plethora of opportunities for investment in the real estate sector.